Normandy is on top for affluent, independent travelers, reports Eurobound.  The company, which specializes in customized individual and small-group travel to Europe, notes that France, Italy, and Central Europe—Vienna, Budapest, Prague—as well as Croatia are also selling well into the fall season.

“Within countries, we are seeing strong demand for lesser-promoted regions like Normandy.  Often because a travel agent may not be familiar with the area, they seek our expertise in finding the best arrangements, local accommodations and experiences to suit their clients’ needs,” says Brigitte Armand, Eurobound’s president.

As an example, Armand notes Normandy’s diversity, history and cultural traditions that draw clients looking for a more in-depth experience in France.  “The region boasts more than 370 miles of coastline, a history ranging from the Norman Conquest at Bayeux as depicted in the 900-year-old, 70-meter-long Bayeux Tapestry; to the D-Day beaches of World War II; and Mt. St. Michel – a UNESCO World Heritage site which dates to the 8th century.  For art lovers, Normandy is considered the birthplace of Impressionism, and on the culinary front, the region is known for seafood specialties like Coquilles St. Jacque, cheeses, and apple-based desserts and drinks such as Calvados.”

Chateau de Cheneviere in the harbor town of Port en Bessin is the base for the first three nights, while the Auberge du Jeu de Paume in Chantilly welcomes Eurobound guests for two nights.    The elegant, 5-star, 29-room Chateau de Cheneviere, which dates from the 17th century, is set in a park with 30 acres of paths and gardens, swimming pool and tennis court.  Near Paris, but a world away, the elegant Auberge du Jeu de Paume is nestled within the historic Domaine de Chantilly, with its history of French royalty dating back to the 16th century.

Per person price for the luxury, 5-night package begins at $3,895, including private transfer to and from Paris.  Eurobound can arrange hotel accommodations in Paris, as well as other activities ranging from private Seine river cruises to sightseeing by helicopter. The company also offers attractively-priced business class air fare. 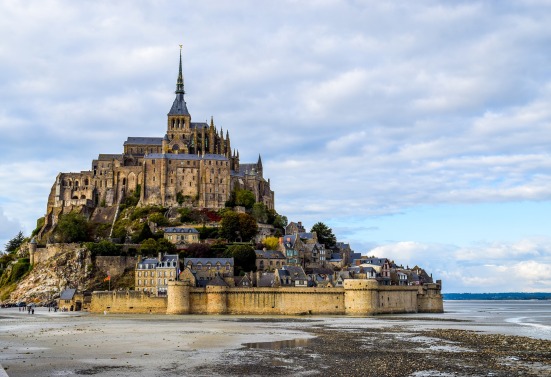